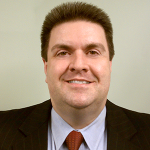 I had the opportunity to profile one of our top business partners, Kevin O’Sullivan of Konica Minolta Business solutions U.S.A., Inc., whom I have known for many years.  Take a look at the questions and responses:

What is your “starring role” in your company and how long have you been there?

My starring role is Major Account Executive – Legal Specialist and I have been with the company for 22 years.

Which movie genre describes you best? Musical, Comedy, Drama, Suspense, Animation or Documentary, and why?

I would probably need to combine a few of these genres.  A “seriocomedy” is defined by the Merriam-Webster dictionary as a “comedy with serious elements or overtones”.  In my business role, I can appreciate the humor and light-heartedness in most situations but I am extremely focused on customer service and responding quickly and professionally to my client’s needs.  This I take very seriously.  In addition, music has always been very important to me in so many ways, so I would add this element and describe myself as a new genre called “Musical seriocomedy”.

I respect talented actors who can be equally comfortable in dramatic and comedic roles.  Tom Hanks comes to mind.  He won back-to-back Academy Awards starring in films like “Philadelphia” and “Forrest Gump” and iconic dramas such as “Apollo 13; Saving Private Ryan”, and “The Green Mile”.  However, Mr. Hanks got his start with a string of funny and successful comedies like “Splash”;  “The Money Pit”; “Big”; and,  “Bachelor Party”.  He is Hollywood’s quintessential “everyman”, humble and generous despite his fame, and just an all-around amazing actor.

If you could be any fictional character, or possess any super powers, who would that be, and why?

Luke Skywalker.  The Star Wars Trilogy was released between 1977 and 1982 (my formative years) and he was one of my heros.   In addition to having many other skills, he was able to perform the famous “Jedi Mind Trick” allowing him to change someone’s mind or opinion at will.  The Jedi’s would only use this practice to defeat the evil forces of the Empire but in sales it would be very helpful in turning a “no” into a “yes”.   Okay I’m joking but, if used with good intentions and strictly to help others, maybe changing minds for the better could benefit humankind.

What songs are included in the soundtrack of your life?

There are many but these are a few of my all-time favorites:

Finish the sentence:   If I were not the Major Account Executive – Legal Specialist for Konica Minolta, I would be disappointed because I really love my job and the people I work with.  If that sounds lame and I had to choose another occupation, I would have to go with Sound Engineer for a major music studio like Electric Ladyland Studios or Power Station NYC.  I would get paid to work with famous bands to create great music and never have to wear a suit again.

Please tell a little secret, skill or tidbit about yourself, even something your company doesn’t know.

I have played the guitar since I was 6.  I was never very good at it but it was a great way to meet people growing up and helped me to relax when I was stressed-out teenager.

I have been a Supporting Actor for ALA because….. I truly believe in the value of the organization and I have always been impressed by the tremendous support and resources they provide to their members.  The ALA can especially benefit Administrators from smaller firms who may have difficulty obtaining vital information regarding technology, best practices, etc.  I have always enjoyed spending time with members and other Business Partners at ALA events and I regard many of them as friends.

Thank you Kevin for participating in the Director’s Profile.  I enjoyed getting to know you a little bit more.

Nellie Lefteratos, current President of the ALANYC Chapter, is the New York Administrator of Smith, Gambrell & Russell, LLP.  She is married to Spiro, her Greek God, who have two adult children, Kamille and Alexandros and they all lived happily ever after.