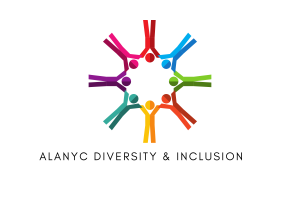 The 1619 Project
The 1619 Project is an ongoing initiative from The New York Times Magazine that began in August 2019, the 400th anniversary of the beginning of American slavery. It aims to reframe the country’s history by placing the consequences of slavery and the contributions of black Americans at the very center of our national narrative.

Robin DiAngelo: How ‘white fragility’ supports racism and how whites can stop it

2020 Has Been Difficult For The Black Community. Discrimination At Work Only Adds Insult To Injury: Forbes

How to be Anti-Racist by Ibram X. Kendi

Me and White Supremacy by Layla Saad

13th
The U.S. imprisons more people than any other country in the world, and a third of U.S. prisoners are black. In this infuriating documentary, director Ava DuVernay argues that mass incarceration, Jim Crow and slavery are “the three major racialized systems of control adopted in the United States to date.”

I Am Not Your Negro
Narrated by the words of James Baldwin with the voice of Samuel L. Jackson, I Am Not Your Negro connects the Civil Rights Movement to Black Lives Matter. Although Baldwin died nearly 30 years before the film’s release, his observations about racial conflict are as incisive today as they were when he made them.

Whose Streets?
The 2014 killing of 18-year-old Michael Brown by police in Ferguson, Mo. was one of the deaths that sparked the Black Lives Matter movement. Frustrated by media coverage of unrest in Ferguson, co-directors Sabaah Folayan and Damon Davis documented how locals felt about police in riot gear filling their neighborhoods with tear gas. As one resident says, “They don’t tell you the fact that the police showed up to a peaceful candlelight vigil…and boxed them in, and forced them onto a QuikTrip lot.”

LA 92
LA 92 is about the Los Angeles riots that occurred in response to the police beating of Rodney King. The film is entirely comprised of archival footage — no talking heads needed. It’s chilling to watch the unrest of nearly 30 years ago, as young people still take to the streets and shout, “No justice, no peace.”

Teach Us All
Over 60 years after Brown v. Board of Education, American schools are still segregated. Teach Us All explains why that is — school choice, residential segregation, biased admissions processes — and talks to advocates working for change. Interspersing interviews from two Little Rock Nine members, the documentary asks how far we’ve really come.

Black America Since MLK: And Still I Rise
In this two-part series, Henry Louis Gates, Jr. chronicles the last 50 years of black history through a personal lens. Released days after the 2016 election, some themes of the documentary took on a deeper meaning amid Donald Trump’s win. “Think of the civil rights movement to the present as a second Reconstruction — a 50-year Reconstruction — that ended last night,” Gates said in an interview with Salon.

Floodlines from The Atlantic
An audio documentary about the aftermath of Hurricane Katrina, Floodlines is told from the perspective of four New Orleanians still living with the consequences of governmental neglect. As COVID-19 disproportionately infects and kills Americans of color, the story feels especially relevant. “As a person of color, you always have it in the back of your mind that the government really doesn’t care about you,” said self-described Katrina overcomer Alice Craft-Kerney.

1619 from The New York Times
“In August of 1619, a ship carrying more than 20 enslaved Africans arrived in the English colony of Virginia. America was not yet America, but this was the moment it began.” Hosted by recent Pulitzer Prize winner Nikole Hannah-Jones, the 1619 audio series chronicles how black people have been central to building American democracy, music, wealth and more.

Intersectionality Matters! from The African American Policy Forum
Hosted by Kimberlé Crenshaw, a leading critical race theorist who coined the term “intersectionality,” this podcast brings the academic term to life. Each episode brings together lively political organizers, journalists and writers. This recent episode on COVID-19 in prisons and other areas of confinement is a must-listen.

Throughline from NPR
Every week at Throughline, our pals Rund Abdelfatah and Ramtin Arablouei “go back in time to understand the present.” To understand the history of systemic racism in America, we recommend “American Police,” “Mass Incarceration” and “Milliken v. Bradley.”

NPR’s Codeswitch
“Ever find yourself in a conversation about race and identity where you just get…stuck? Code Switch can help. We’re all journalists of color, and this isn’t just the work we do. It’s the lives we lead. Sometimes, we’ll make you laugh. Other times, you’ll get uncomfortable. But we’ll always be unflinchingly honest and empathetic. Come mix it up with us.”

HBR’s Women at Work
From website: “Conversations about the workplace, and women’s place in it. HBR editors and guest experts untangle some of the knottiest issues around being a woman at work.”

Making Gay History the Podcast
From the website: “Since 2016, Making Gay History has been bringing the largely hidden history of the LGBTQ civil rights movement to life through the voices of the people who lived it. We have a treasure trove of voices yet to share, a wealth of stories yet to tell. And we can’t wait to introduce you to many more advocates, activists, and allies whose proud legacy continues to inspire us.”

Levar Burton Reads
From the website: “In every episode, host LeVar Burton (Reading Rainbow, Roots, Star Trek) invites you to take a break from your daily life, and dive into a great story. LeVar’s narration blends with gorgeous soundscapes to bring stories by Neil Gaiman, Haruki Murakami, Octavia Butler, Ray Bradbury and more to life. So, if you’re ready, let’s take a deep breath…

A New Understanding of Workplace Diversity and Inclusion
The killing of George Floyd while in police custody and subsequent protests around the world have brought renewed focus on racial disparities in society. This program, presented as part of a commitment by SHRM and the Association of Corporate Counsel to help organizations move beyond discussions and take action, will examine race relations in the workplace. A distinguished panel of corporate leaders will discuss how chief HR officers and chief legal officers can improve diversity, acceptance, and open dialogue in their organizations, work together to amplify results.

New York Life and PwC discuss research, initiatives and progress made around ensuring women representation is at parity with men on boards and in management ranks.

Cohosted by experts from the Smithsonian National Museum of the American Indian, this webinar will delve into the ways American history instruction often fails to acknowledge—and contributes to—the erasure of Indigenous stories and perspectives. Join us and you’ll learn about critical historical events, as well as cultural and societal contributions of Indigenous peoples past and present. You will also examine common misconceptions and stereotypes and gain resources for teaching a more complete history.

The Color of Law

Join Teaching Tolerance and Director Maureen Costello as we explore the role of U.S. segregation in everything from housing to employment to wealth accumulation—and the policies that made it all happen. Inspired by and including excerpts from Richard Rothstein’s New York Times best-selling book The Color of Law, this webinar will delve into deliberate governmental practices that created opportunities for white Americans and excluded others. Tune in to learn why the “bootstraps theory” doesn’t hold up and gain some useful tools for your classroom practice.

The third Equity Matters webinar delves into implicit biases—the subconscious biases we all have that influence how we respond to others. To create equitable classrooms, educators must acknowledge their own biases and take steps to confront them. Participants will better understand what implicit bias is and how it affects school climate. They will also learn ways to confront implicit bias within themselves and help students to do likewise.

How to Develop a Diversity and Inclusion Initiative – SHRM

Viewpoint: Building a Business Case for Diversity and Inclusion – SHRM

Implicit bias occurs automatically as the brain makes quick judgments based on past experiences, stereotypes, background etc., which can perpetuate discrimination.  Psychologists at Harvard, the University of Virginia, and the University of Washington created “Project Implicit” to develop  Implicit Association Tests or IATs—to help educate the public about and help them measure these implicit biases.  The IAT tests are anonymous complimentary tools that can be used to examine your own potential biases in many areas, such as, race, gender, ethnicity, overweight, age, religion, disability, and sexual orientation.
Click To Take The IAT

How to Be an Ally: American Bar Association
This toolkit educates employees about being better allies to their LGBT coworkers and provides law firms, corporate legal departments, companies, and corporations with the materials needed to present a successful LGBT ally training program.
Click To Learn More

The Grit Project – American Bar Association
The program educates women lawyers about the science behind grit and growth mindset – two important traits that many successful women lawyers have in common.  By providing the tools to assess and learn these traits, the program enhances the effectiveness as well as the retention and promotion of women lawyers. Click To Learn More

The Women of Color Research Initiative Program – American Bar Association
This toolkit provides information, insights, and advice gathered from women of color partners in national law firms as well as an examination of law firm practices. Click To Learn More

Gender Equity in Partner Compensation
This toolkit provides bar associations and law firms with resources and solutions to play a critical role in eliminating the gender gap. Click To Learn More

This toolkit assists organizations with planning meetings and events that are accessible to persons with disabilities, including checklists and recommendations for all phases of a meeting or an event.
Click To Learn More

How to Remove Age Bias from Your Job Descriptions – AARP

What Do Lawyers Do?
This toolkit is an interactive web-based tool designed to educate high school and college students about how to become a lawyer – focusing on preparation for law school, the law school experience, and different career paths for law school graduates.

This toolkit is a brochure that educates and encourages dialogue amongst teachers, parents, students, and other stakeholders on three invisible barriers or non-cognitive factors that adversely affect student performance: implicit bias, stereotype threat, and growth mindset.